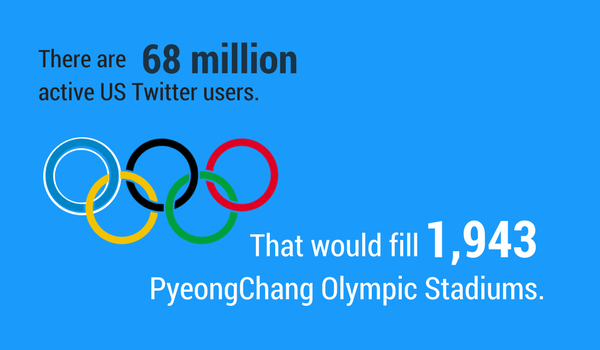 If you’re reading this post, there’s a good chance that you already know why Twitter cleanup is important. Maybe Timehop reminded you of your spring break Twitter pics from college, or a job interview started to go south right after your friend tweeted explicit song lyrics at you, or maybe you posted something stupid and it went viral.

Whatever the reason, it’s time to make some changes (and ideally clean up your social media in general). If you haven’t noticed the direct impact that your presence on Twitter can have on you – consider this:

What people find out about you online can have a positive or negative effect on your real life. From professional or academic opportunities to your dating prospects, your personal brand online can help or hurt you. Twitter is a hugely popular social media platform and the most successful personal brands use Twitter as a foundational part of their strategy because it works.

When you ask yourself, “how do I even start to clean up my Twitter?”, take a deep breath and relax – we’ve got you covered. But before you start going crazy bulk deleting tweets or unfollowing anyone who hasn’t been active in the last 2 days, you need to reflect a little bit.

1. Define your personal brand before you clean up Twitter

We list some of the most common red flags for employers, partners, clients, admissions officers, and dates below so that you know what kind of tweets or overall Twitter accounts can hurt you. However, you may not care about some of those red flags. Or maybe you don’t want to censor yourself so heavily. If that’s the case, come up with your own rubric for what kinds of content that you do and do not want to be associated with your name.

2. Watch out for red flags during Twitter clean up

With a thorough Twitter clean up you take the first step in defining your online persona. Below are some of the most common red flags for employers, partners, dates, and others looking at you on Twitter. Red flags discourage others from building any sort of relationship with you and keep people from sharing opportunities with you. No one is going to invite you to speak on a panel if you drop the f-bomb in every other tweet.

Examples of red flags you need to get rid of during your Twitter cleanup:

While these are some of the most significant red flags, feel free to add red flags to your personal list or remove some of those mentioned above during this phase of planning Twitter clean up. For example, if you work in the pharmaceutical industry – you should be tweeting about (prescription) drugs pretty regularly! And if you’re a lawyer, you may have specific compliance rules you need to follow according to your firm’s standards. Whatever the case, make a list upfront so you know what you should be looking to remove during your Twitter cleanup.

Now that you know what to look for, it’s time for the phase we like to call, “clean up my Twitter”! You have 3 options available to you when it comes to Twitter clean up of content you’re responsible for making or sharing:

Manual removal: This means that you’ll scroll through your profile and delete all the content you’ve tweeted that meets any of the red flag criteria or you’ll use Twitter’s Advanced Search features to find and delete tweets with that fit certain criteria. In addition to original tweets you’ve created, you’ll also have to review posts and content that you’ve liked, pinned, or retweeted from others. Unless you’re supremely inactive on Twitter, that seems like a pretty time-consuming and ineffective method for getting rid of tweets that could get you in trouble.

Bulk removal: If manual removal seems impossible because you’ve already tweeted 20 times today and it’s only 2 pm, then you might be tempted to use a service that lets you delete a bunch of tweets at once. Unfortunately, many of these kinds of apps and services are not fully effective in identifying red flag tweets and rely on parameters like keywords and dates for Twitter clean up. This means that you could easily miss red flag content or accidentally delete tweets that would have helped your Twitter profile.

Using BrandYourself’s DIY software: BrandYourself’s mission is to make the process of ORM transparent and accessible to everyone. That’s why we created DIY reputation management software that scans your reputation online and shows you how to improve it. One of the features of our world-class software is the Reputation Builder which lets you connect your Twitter and Facebook accounts and scan for any posts that could be flagged by employers as unprofessional during an online screening. Our software then helps you delete them. This is the most practical solution for identifying and deleting content off your Twitter account without getting rid of something that could help you.

Now that you have a clear picture of what version of yourself (hint: the best version) you want people to see when they find you on Twitter, let’s talk about Twitter following cleanup and Twitter follower cleanup.

The mythical golden ratio suggests that you should follow fewer people than the number of people that are following you. While the actual ratio is unknown, you should still apply that idea when maintaining your own account.

In terms of approach, there are tons of free (or inexpensive) tools that can help you clean up who you’re following in bulk, but proceed with caution. But, if you’re following tons of people this may make sense for you.

If your numbers are more manageable, consider doing this unfollow process manually and gradually to make it appear more natural.

So who exactly should you stop following?

Once you’ve identified the accounts you need to stop following, get started. Again, you can use a bulk unfollow tool, but we recommend that you manually unfollow so that you have full control of who you’re following and so that the actual unfollows are staggered – you don’t want this action to mark you as an automated profile.

From here it’s also a good idea to start creating lists of the people you follow by category – industry leaders, news sources, random, funny – etc. This will be helpful for you as you build your brand and start to act more strategically on Twitter.

Similar to the process of unfollowing, you want to clean up Twitter followers. You don’t have to be quite as rigid as you do with who you’re following. Focus on blocking followers in these categories:

Scared to clean Twitter on your own? BrandYourself can help

BrandYourself offers software and services that not only show you how to clean Twitter but get your personal brand on track. Our DIY reputation management software scans your current online presence and calculates your Reputation Score (like a credit score for how you look online). From there, our technology flags anything that could damage your reputation and earning potential. Our software shows you the high-impact steps you need to take (one-time-only and recurring) to improve how you look online.

Or, let us do the work for you with our managed services team. Discuss your options with a Reputation Advisor today at (646)-863-8226, or schedule a consultation.