Before you get started deleting old tweets there’s something important you should know. It’s more important than ever to be thorough when cleaning up your Twitter account. Here’s why:

Delete Old Tweets in Minutes
Our tool automatically identifies risky tweets so you can clean them up.
Click Here To Get Started

Quickly delete all tweets that are putting you at risk

Deleting specific tweets that are putting your reputation at risk is the best option for cleaning up social media (more on other options later).

We put together the best minds at BrandYourself to create a tool that scans your Twitter & automatically identifies any risky tweets so that you can clean them up. 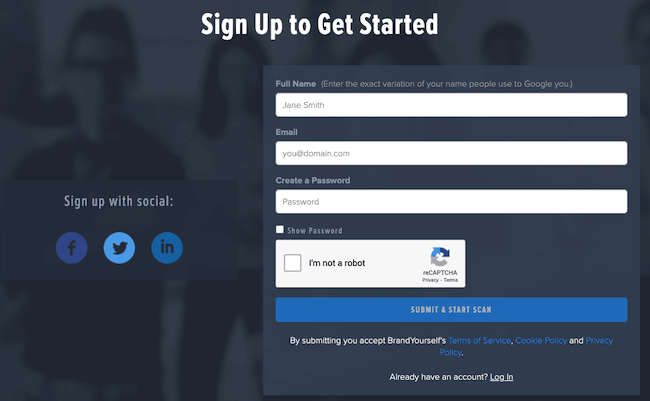 Step 2: Navigate to the Clean Up Social Media section of the tool

Our software has several features that help people manage their online presence & privacy. Go to the Clean Up Social Media section in the main navigation on the lefthand side. This feature helps you quickly identify and delete unwanted posts on Twitter & Facebook. 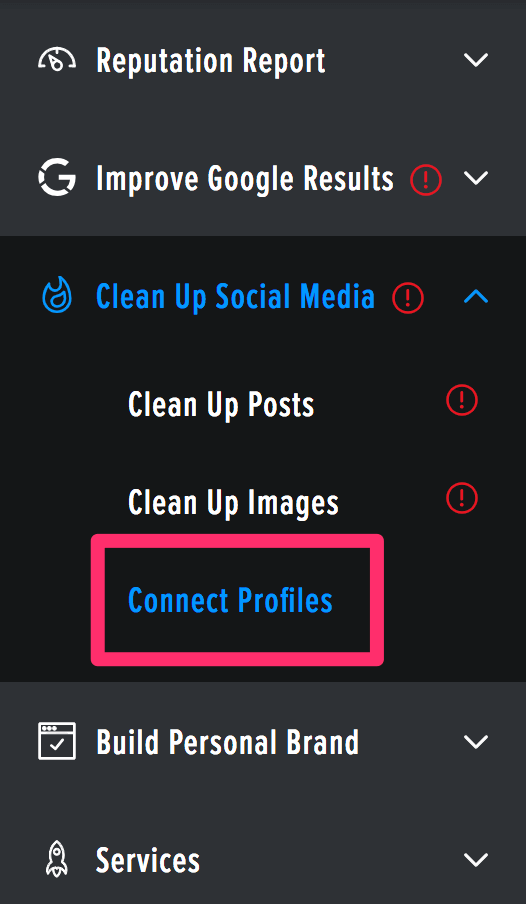 Step 4: The tool will automatically surface any potentially risky posts

Our proprietary AI technology scans your Twitter against a known database of red flags that employers look for on social media. This includes:

A note on polarizing topics: Polarizing topics like politics, religion, race and gender identity aren’t inherently unprofessional, but they can be divisive if communicated without care. We flag these potentially sensitive topics so you can make sure you’re communicating them thoughtfully and professionally.

Step 5: Delete any tweets that might be a problem

Once the scan is done, it’s time to delete some tweets. Go through your list of flagged posts and click on the “delete” button next to each one. Our tool gives you a direct link to the exact tweet.

Don’t forget to mark them as deleted when you’re done. This makes it a lot easier for our software to keep track of any high-risk tweets in the future.

Step 6: Select “Ignore” for any tweets you wish to keep

For any number of reasons, you may decide that you want to keep some of the tweets that are flagged (and that’s ok!). Simply click “Ignore” next to the flagged post. A popup will ask you to verify that you wish to ignore the post. Click “Yes, ignore it”. The tweet will no longer show up in the list of flagged posts.

That’s all there is to it! Once you’ve gone through each post, you’re done deleting all tweets that could be putting your reputation at risk.

If you prefer the flamethrower approach instead of the scalpel approach we identified above, there are tools that allow you to mass delete tweets. Many people may assume that using a process that has you bulk delete tweets is the way to go, however, it has its drawbacks.

For one, many people don’t realize that deleting only specific tweets is even an option. It’s unfortunate because this means they end up using bulk removal tools and deleting a lot of tweets they liked, for the sake of eliminating a few they didn’t.

If they had known they could easily find and delete suspect tweets with online tools, they probably would have done that instead.

But why would you spend time deleting a handful of tweets instead of just removing everything in bulk?

Deleting specific tweets takes a little more time than getting rid of all your old tweets in bulk. That’s the downside.

The upside is your online reputation, personal brand, and Twitter account don’t take a hit. And trust us, getting rid of all your old tweets in bulk will definitely do that.

You miss out on the branding benefits that an active Twitter account affords you. This can be for your career, business, or personal life.

most people think this process is taking one step backwards when it’s actually taking two or three.

A good chunk of the value that comes from your Twitter account is the tweets associated with it.

Some things to keep in mind

We have to take a second and mention that if you had any damaging tweets, deleting them isn’t going to protect you 100%. Don’t panic, you’re probably fine.

However, it’s important to be aware of a few tools most internet-savvy people know of that can immortalize a bad tweet forever.

If someone came across a tweet you’re not proud of and took a picture of it (a screenshot) then deleting the tweet isn’t going to help you.

Yes, it will prevent others from finding it and potentially doing the same thing.

However it won’t stop this person from potentially using it to harm you.

If you want to play a little defense in advance, you can work on preventative online reputation management to make sure things like this can’t be used against you.

The tweet can be saved in the Wayback Machine

The Wayback Machine is another tool that prying eyes can use to look at your old tweets, even after they’ve been deleted. Without getting too much into the technical jargon, it basically finds and saves old versions of web pages.

You can find pretty much any old web page on there.

Fortunately fewer people know about this trick than taking screenshots. Unless you’re a public figure being looked at by a journalist, chances are this won’t be used against you.

How To Protect Yourself In The Future

Yes, it’s way easier to delete tweets than it used to be. That doesn’t mean the process is fun (be honest, it’s kind of a pain).

The issue is, you have to stay on top of this stuff or else it could come back to haunt you.

One option is to never use Twitter again. For most that’s a touch on the extreme side though.

So what’s the best course of action?

This is the first and most obvious solution. If you don’t tweet anything that could get you in trouble, you’re all set. Unfortunately, this is a lot easier said than done.

Twitter is a casual medium of communication, which makes it easier to slip up.

You never hear about anyone getting in trouble over their LinkedIn posts (way too professional over there).

Here’s how you can avoid shooting yourself in the foot:

If it helps, remember how annoying it was having to delete your old tweets in the first place. Keeping this in mind can help you avoid getting a little too wild on Twitter.

Also, be aware that whatever you tweet can be found by anyone.

It’s not a reliable defense.

Assume that everything you share can be seen by anyone, and you won’t have to delete tweets later on.

If you want to protect yourself even further, this is how you do it.

Building a bulletproof online reputation is by far the best way to prevent someone from causing damage to your professional or personal life.

Let’s say that someone wants to harm your reputation. This could be a disgruntled coworker, employee, an ex, anyone.

Jokes on them! You just deleted your tweets so they’re completely out of luck right?

Most of the time when there’s a lack of ammunition to use, people just make something up instead.

This is where a bulletproof online reputation comes into play.

If you’re in control of how you look online it becomes significantly harder for anyone to take something like a deleted tweet and use it against you.

This is done by building up a number of positive web properties and content that drown out or suppress anything negative.

If you don’t want to worry about attacks on your reputation online, this is the way to go.

Not only that, you can also turn this into more opportunities for yourself (business, career, etc.)

Check out our highly rated guide on personal branding if you want to learn how to do this.

Delete Old Tweets in Minutes
Our tool automatically identifies risky tweets so you can clean them up.
Click Here To Get Started